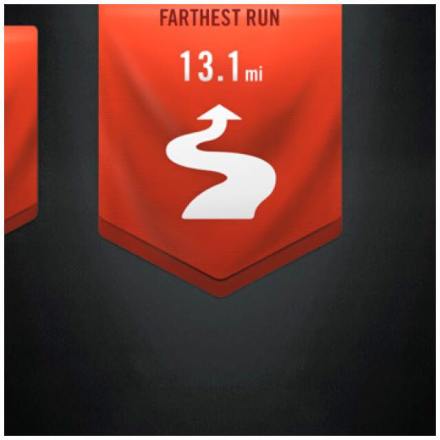 Last Sunday, I had the great pleasure of participating in RunDisney’s Princess Half Marathon at Walt Disney World Resort.  I lined up at 4:30 a.m. in a parking lot  at Epcot Center with about 15,000 of my fellow runners for the happiest half marathon on the plant.

On the long walk to Corral “N,” we passed a large truck with the label “mass casualty response unit.”  This was more than a little disconcerting.  Still, although the air was chilly and I hadn’t had my coffee, I lined up and excitedly waited for the first group to be released at 5:30 a.m.  As you may have gathered, it takes some time to release nearly 15,000 runners on a course.  Consequently, I was still waiting to begin my run for another hour.  I spent that time reflecting on the journey that had brought me to where I was.

I thought back to the day in March 2014 when I took my first steps in several years on the treadmill.  I was elated when I finished my first mile.  Soon I traveled to a running store and purchased “real” running shoes and downloaded an handful of running apps.  Although I often felt slower than a herd of turtles stampeding through peanut butter, I kept going.

A few months later my lovely “bonus daughter” (also a runner), told me she was planning to run the Princess Half Marathon.  Although I knew it was a lofty goal for me, I registered and began training.  Over the course of 2014 and early 2015, I logged over 400 miles.  Sometimes life got in the way, and between unexpected life events and illnesses, I missed out on several significant blocks of training.  As the race date approached, I knew that I could go the distance, but my times were still slow, and I knew it was questionable whether I would be able to maintain the required minimum pace, although I was doing w 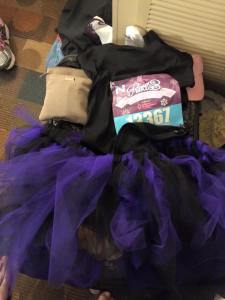 ell on my training runs on the nice flat, climate-controlled indoor track.

I obsessively checked my training times, read blogs about the wicked “balloon ladies,” (the pace group for the 16 minute/mile).  I crafted my tutu, packed my bags and felt moderately confident that I wouldn’t be “swept” and have to ride the “bus of shame” back to the finish line instead of running through the happiest finish line on earth.

By the time my corral was called, I was cold and my feet hurt from standing in one place.  My timing app wasn’t working right, my glasses were fogged and smeared so I couldn’t read the screen anyhow, my earbuds were malfunctioning, and I had absolutely no clue what my pace was.  I just knew it felt slow.

I had a blast running among other “princesses” (and a few princes) wearing tutus (the princes, too!).  I pumped my fist as I ran by the speakers playing the theme from Rocky.  I sang along to “Don’t Stop Believing”  and I smiled my way into the Magic Kingdom.  As I passed through the park, I remembered the long, long lines at the porta potties I’d passed, and I popped into a “real” bathroom.  Still blissfully unaware of my pace, I readjusted my tutu, washed and dried my hands and popped open a packet of caffeinated jelly beans.

As I joined the pack of princesses, I heard the news – the balloon ladies had passed by.  My trip to the bathr

oom had cost me precious minutes, and now I had to try to fight my way through the pack of princesses to catch up.  I flew through Cinderella’s castle and as I exited the park again, I spotted the balloons waaaaay up ahead of me.

I tried my hardest to pick up the pace.  The news filtered through the pack that we had until Mile 8 to catch up, or we would be swept – transported to the finish.  I tried hard to weave through the other back of the pack princesses.  I could see the balloons getting closer.  We passed by several security people and I overheard one tell the other, “the race is over for these ones, whether they like it or not.”  I passed by a woman sobbing loudly.  I asked if she was okay, and she answered through tears that she was okay, just devastated that she wasn’t finishing.

I pushed harder even though I knew I was wearing myself out with 5 miles left to go.  I could see Milepost 8, and I could see the balloons.  As the balloons passed the mile marker, two large buses pulled across the road.  Medics were there to help those who needed assistance, and we were asked to board the bus.

The driver told us each, “great job.”  The ride back to Epcot seemed to take a very long time.  There wasn’t a smile to be seen.  We had been swept.  We were on the vehicle that had been dubbed “The Bus of Shame” by numerous bloggers.  My heart sunk.  My Facebook was broadcasting my splits to my friends.  I really thought I could do it.  I had failed to reach my goal.  I was sad.

As we exited the vehicle, some of the wonderful volunteers staffing the event met us with high fives and medals.  Although we had not finished the 13.1 miles, they draped a shining medal around each of our necks.  They showed us where to get our bananas, our drinks and our snack boxes.

I wandered over to the “real” finish line for a few minutes and watched the crowd cheer for those who were finishing.  My heart sunk into my shoes, and I moped my way back to the bus that would return me to my hotel for a much needed shower.

My high school friend, Lyle, posted one of my statuses from early 2014 on my wall – one where I was overjoyed that I was able to run for a handful of minutes without stopping.  It was at that moment that I realized there was absolutely no shame in having been swept after 8 miles.

I thought back to my first 10K race in September.  I finished dead last, but I was thrilled to have finished.  That race was only 6.2 miles.  My Disney run was 2 miles longer (more if you count the long hike to the corrals before it even began!)

Since I started running in March 2014, I’ve completed four 5K races and a 10K.  Yesterday I finished my 500th mile.  I’ve run on trails and tracks and through parking lots.  I’ve had scores of wonderful experiences and only a handful of negatives.  Best of all, I’ve lost over 70 pounds, I’ve regained the ability to physically do many things that I couldn’t dream of for a number of years, and I’ve made new friends and reconnected with old ones.

Although that bus ride was still the saddest ride at Walt Disney World, there is no “Bus of Shame.”  Every back of the pack princess on that bus was someone who set a lofty goal and spent many hours training getting to mile 8.  While I apologize to the runners who had to fight their way through the pack in order to pass me, I’m so glad that I tried.  I’ll be back next year, and I may even wear a tiara. 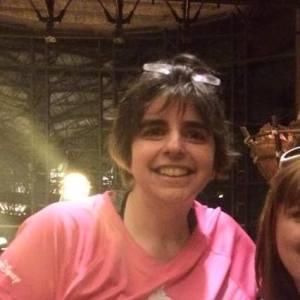 7 thoughts on “The Bus of Shame (or, The Saddest Ride at Walt Disney World!)”

The name on my documents says I'm Betty Burley, but that sounds like an old lady. I call myself ~Be~ when I talk to myself, which is quite a lot, actually. It seems like yesterday was my 50th birthday, but the calendar says it’s nearly been a year. It's been a hard year and a beautiful year. Life's moving way too fast, and it's time to get a handle on my health - physical, mental and spiritual. I love to write. I used to write poems and short stories. More recently, I've taken to writing little blurbs on social media, and my friends keep telling me, "you should write a book." I asked, "but what should I write about?" The answer from a friend who I consider very wise was "Just write what you know..." I have bits and pieces of several novels and self-help books started and they grow from time to time. Most days, I prefer to write blogs. One way or another, I find a way to write. I don't want to die with my words still in me. For what it's worth, I'm going to "just write what [I] know." I live in a beautiful city on the shores of Lake Erie, where I'm a lawyer by trade. Being a lawyer allows me to be a helper, and being a helper is where I find my joy. I'm a wife, mom, stepmom and grandma. I have two dogs. My mom died last year. I wasn’t prepared for the hard lessons that experience would teach me. Being a student is a hard job. I've lost over 100 pounds, gained back 50 and recently have taken almost all of that back off. I'm on a journey to get healthy. I have recently re-discovered the joy of running. I realized I had to fix my thinking to make any lasting change. I cook gluten free / dairy free. I steer clear of sugar and flour. It's simple, but it works for me. I can play the piano. I used to be quite good, but I haven't made time to practice. I have tons of awesome friends who I never seem to find time to get together with. I love my tribe. I'm becoming the "Betty" I want to be. Feel free to follow along. Join the tribe and the conversation. Thanks for checking in. ~Be~